IT Support | IT Services | Naperville, IL 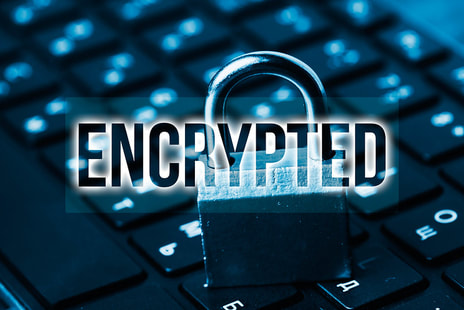 ​Cyber security refers to the activity of protecting computers, servers, mobile devices, electronic systems, networks, and data from hostile assaults on the internet or through other means. Information technology security, often known as electronic information security, is another term for this type of security. In a number of situations, ranging from business to mobile computing, the phrase may be broken down into a few general categories.

In computing, network security refers to the process of protecting a computer network against intruders, whether they be targeted attackers or opportunistic malicious software.

Application security is concerned with keeping software and devices free of malicious code and other dangers. A hacked application may be able to offer access to the data that was intended to be protected by it. Successful security begins early in the design process, long before a program or device is implemented and put into operation.

When it comes to information security, it safeguards the integrity and privacy of data while it is being stored and sent.

Operational security encompasses the procedures and decisions that are made in the course of handling and protecting digital assets. Users' access rights to a network, as well as the policies and procedures that govern how and where data is kept and exchanged, are all grouped together under this heading.

When a cyber-security attack or any other event results in the loss of operations or data, disaster recovery and business continuity are the terms used to describe how a company responds. Disaster recovery plans specify how an organization restores its operations and information so that it may operate at the same level of efficiency as it did before to the catastrophe taking place. Continuity of operations refers to the strategy that an organization relies on when it is forced to function in the absence of key resources.

Individuals are the most unexpected cyber-security element, which is addressed by end-user education. Anyone can unintentionally introduce a virus into an otherwise safe system by failing to adhere to basic security procedures and procedures.. It is critical for the security of any business that employees are taught to delete suspicious email attachments, not to plug in unfamiliar USB devices, and a variety of other key security teachings.

What the cyber danger is on a grand scale
A growing number of data breaches are reported each year, indicating that the global cyber threat is evolving at a rapid rate. According to a research by RiskBased Security, data breaches exposed a staggering 7.9 billion records in the first nine months of 2019, which is the highest number ever recorded. This statistic is more than twice (112 percent) the number of records revealed over the same time period in the previous year.

The most often breached industries were medical services, merchants, and public institutions, with malevolent criminals responsible for the vast majority of attacks. Some of these industries are particularly enticing to cybercriminals because they gather financial and medical data; nevertheless, any firm that relies on networks might be attacked for customer data theft, corporate espionage, or consumer assaults, among other things.

International Data Corporation forecasts that worldwide expenditure on cyber-security solutions would reach a staggering $133.7 billion by 2022, as the magnitude of the cyber threat continues to grow at an alarming rate of 30 percent each year. A growing number of governments across the world have issued recommendations to companies in order to assist them establish good cyber-security procedures in response to the growing cyber threat.

The National Institute of Standards and Technology (NIST) in the United States has developed a framework for cyber-security measures. The framework proposes that all electronic resources be monitored continuously and in real time in order to prevent the spread of harmful code and to help in early identification of dangerous code.

It is emphasized in the "10 stages to cyber security" guidelines issued by the National Cyber Security Centre of the United Kingdom, which emphasizes the necessity of system monitoring. In Australia, the Australian Cyber Security Centre (ACSC) releases recommendations on a monthly basis on how companies can protect themselves against the newest cyber-security risks.

Cyber-threats are classified into several categories.
The dangers that cyber-security counters are divided into three categories:

1. Cybercrime can be committed by individuals or organizations who attack computer systems for financial gain or to cause disruption.

2. Information collection for political purposes is a common component of cyber-attacks.

3. Cyberterrorism is a deliberate attempt to bring down electronic systems in order to generate panic or fear.

So, how do bad actors get access to computer systems and take control of them? Here are a few examples of popular ways used to compromise cyber-security:

Malware
Malware is a technical term that refers to harmful software. Malware, which is one of the most prevalent cyber dangers, is software that has been developed by a cybercriminal or hacker with the intent of disrupting or damaging a legitimate user's computer. Cybercriminals may employ malware to generate money or to carry out politically motivated cyber-attacks. Malware is typically distributed through unsolicited email attachments and legitimate-looking downloads.

In terms of malware, there are several distinct varieties to choose from, including:

Virus: A self-replicating software that attaches itself to a clean file and travels throughout a computer system, infecting files with harmful code and causing them to malfunction.

A form of malware known as a Trojan horse is malware that masquerades as genuine software. Cybercriminals lure people into installing Trojans on their computers, where the Trojans inflict damage or collect information about them.

Spyware is a program that covertly records what a user performs in order for cybercriminals to profit from the information obtained. For example, malware may be used to steal credit card information.

In the cyber world, ransomware is defined as malware that locks down and threatens to delete a user's files and data until the user pays a ransom.

Adware is a type of advertising software that may be used to propagate malicious software.

Networks of malware-infected computers that fraudsters employ to execute activities online without the user's consent are referred to as botnets.

SQL injection is a type of programming error.
It is possible to get control of a database and steal data using a SQL (structured language query) injection attack, which is a sort of cyber-attack used to take control of and steal data from it. Cybercriminals take advantage of flaws in data-driven applications in order to inject malicious code into a database through the use of a malicious SQL query. Because of this, they will have access to the sensitive information stored in the database.

Phishing
Phishing is a type of cybercrime in which hackers send emails to victims that look to be from a genuine organization and ask them for critical information. Phishing attacks are frequently used to trick consumers into disclosing credit card details and other personal information to criminals.

Attack with a man-in-the-middle
A man-in-the-middle attack is a sort of cyber threat in which a cybercriminal intercepts communication between two persons with the intent of stealing their information. For example, an attacker might intercept data being transmitted between a victim's device and the network if the network is not secured with a strong password.

Dridex malware is a type of computer virus.
The head of an organized cyber-criminal gang was charged by the United States Department of Justice (DoJ) in December 2019 for his role in a worldwide Dridex malware assault, which took place in late 2018. This malevolent effort had an impact on the general people, the government, infrastructure, and business all around the world.

Known as a financial trojan, Dridex is a malicious program with a variety of features. Infecting computers using phishing emails or previously installed software, it has been affecting users since 2014. It has caused enormous financial losses in the hundreds of millions of dollars by obtaining passwords, banking information, and personal information that may be used in fraudulent transactions.

In response to the Dridex assaults, the National Cyber Security Centre of the United Kingdom urges the public to "ensure that devices are patched, anti-virus software is turned on and up to date, and files are backed up."

Scams involving romantic relationships
In February 2020, the FBI issued a warning to people of the United States about confidence fraud, which hackers perpetrate through the use of dating websites, chat rooms, and mobile applications. Victims are duped into providing personal information by perpetrators who take advantage of those looking for new companions.

Malware known as Emotet
At the end of 2019, the Australian Cyber Security Centre issued a warning to national entities about a large worldwide cyber threat posed by the Emotet malware family of viruses.

This clever trojan may steal data and potentially load additional viruses onto a victim's computer. Emotet thrives on simple passwords, which serves as a reminder of the need of having a safe password in order to protect yourself from cyber dangers.

End-user protection is important.
The protection of end users, also known as endpoint security, is a critical component of cyber security. It is frequently a someone (a user) who unintentionally installs malware or another type of cyber danger to their desktop, laptop, or mobile device.

So, how can cyber-security measures shield end users and computer systems from harm? The first step in ensuring cyber-security is to use cryptographic techniques to encrypt email messages, files, and other important data. This not only secures information while it is in transit, but it also helps to prevent data loss or theft.

Aside from that, end-user security software checks computers for fragments of harmful code, quarantines the malware, and then removes it from the computer. Some security applications can even identify and delete harmful code that has been buried in the Master Boot Record (MBR), as well as malware that has been designed to encrypt or erase data from the hard disk of the machine in question.

The identification of malware in real time is another focus of electronic security procedures. Heuristic and behavioral analysis are frequently used to monitor the behavior of a program and its code in order to guard against viruses or Trojan horses that alter their structure with each run (polymorphic and metamorphic malware). Security systems can isolate potentially dangerous programs in a virtual bubble that is isolated from the rest of the user's network, allowing them to be observed and studied in order to learn how to better identify future infections.

As cyber-security specialists uncover new dangers and new ways to resist them, security programs continue to improve and include new protections into their arsenals. To make the most of end-user security software, staff must be taught on how to use and maintain it. 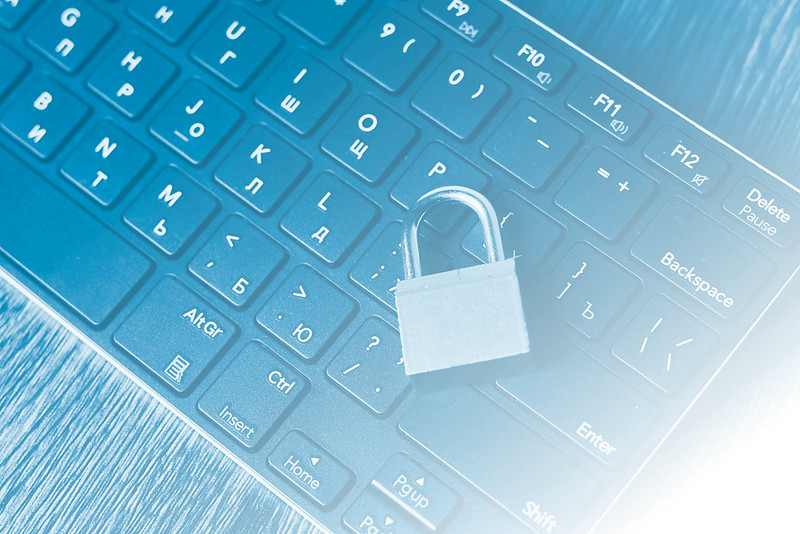 Cyber security guidelines - how to defend oneself against cyberattacks
​
How can organizations and people protect themselves against cyber-threats? Here are some of our most important cyber safety recommendations:

1. Keep your software and operating system up to date: This ensures that you have access to the most recent security updates.


Utilize virus protection software: Security solutions such as Kaspersky Total Security will identify and eliminate threats. Maintaining the most up-to-date version of your software is essential for maximum security.


3. Make use of strong passwords: Make certain that your passwords are not readily guessable.


4. Do not open email attachments from unfamiliar senders since they may contain malicious software.


5. Do not click on links in emails from unknown senders or on links in unfamiliar websites: This is a frequent method for malware to be distributed through emails.


6. Do not connect to insecure WiFi networks in public places: Insecure networks make you exposed to man-in-the-middle assaults, which are becoming increasingly common.